As a puppeteer, I rarely get a chance to see puppet shows.  My friend Drew contacted me to let me know that "Jeghetto" Tarish Pipkins was coming to town!  I first learned about him through the Puppeteers of America "The Puppetry Journal" and was so excited to see him perform!  It was so much fun, and if Jeghetto is in your area, PLEASE go see him.

The show was described as:

About this event
Please join the Memphis Public Library in welcoming critically acclaimed puppeteer Tarish "Jeghetto" Pipkins for a series of pop-up performances and workshops throughout the city...
Tarish Pipkins, a.k.a Jeghetto, has established himself as a masterful self-taught artist whose work with puppetry is influenced by a hip-hop ethos and a culture of teaching and education. 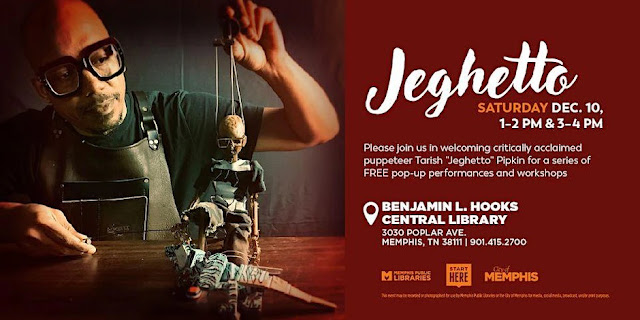 You can learn more about him at the links below.  I have a few photos and video to share as well.

While there, we visited the art show by Rose Marr-Scott, whose work you can see at The Mayfair Art Gallery.  Read more about her here. 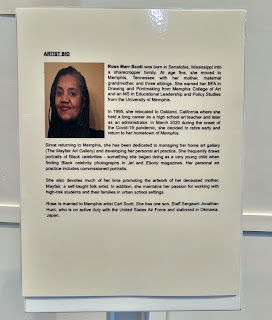 Around another corner of the library was a section dedicated to an exhibition titled "Evicted."  I'm too much of a sentimental softy, I suppose, and facing the reality of poverty and how it effects families was a bit too much, so I didn't stay long, but want you to zoom in on the image of the boxes.  That's a lot of numbers of homelessness in the United States due to evictions.

Posted by MuleyTheMule.com at 11:00 AM No comments:

One of my favorite books has been "Where the Wild Things Are" with art by Maurice Sendak, one of my favorite illustrators.  He's got beautiful lines when he works.  As a matter of fact, Muley the Mule read the book as part of his "Muley Reads" series which you can watch if you CLICK HERE.

The Memphis Brooks Museum of Art ran the exhibition "Drawing the Curtain" and I got to go see the show with my friends Lin Workman and Dale Martin, also members of the Mid-South Cartoonists Association.

Taking the designs Sendak created for stage sets, costumes, and full-bodied puppets, "Drawing the Curtain" is an exciting look into the behind-the-scenes of theater production.  And even the storyboards, which you'll see, were completed pieces of art, not just quick sketches to convey an idea.  So much detail in even the smallest illustration leaves the viewer in awe!

Below is a video showing some of his 3D stage design work.  I think you'll be able to truly appreciate the work when viewed that way. 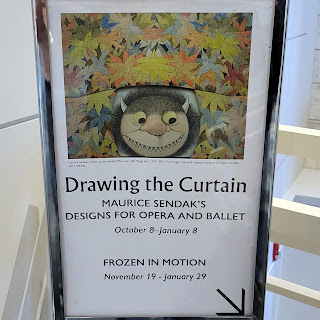 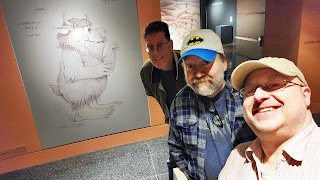 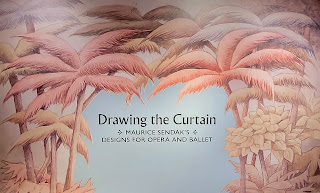 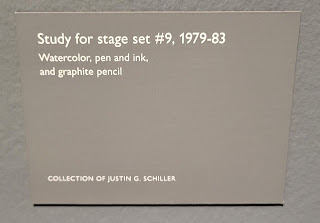 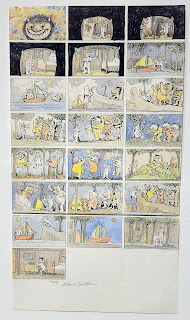 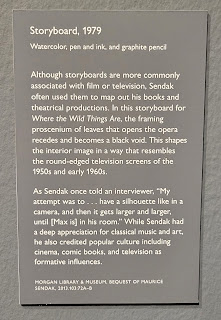 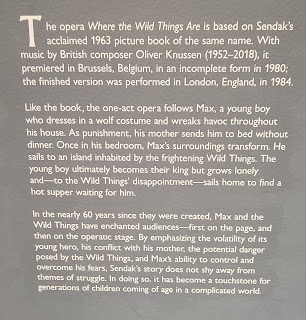 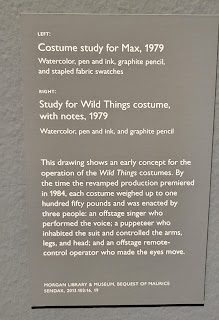 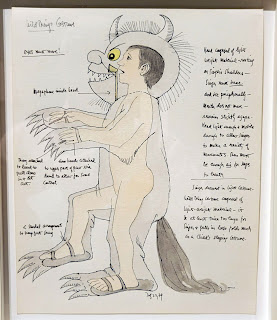 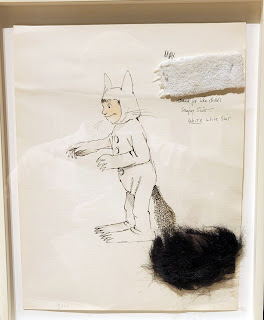 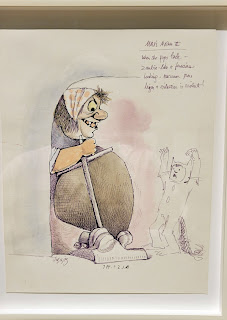 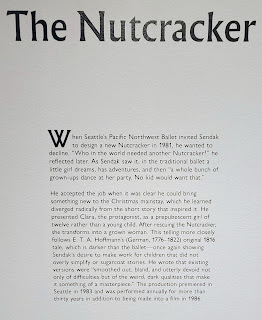 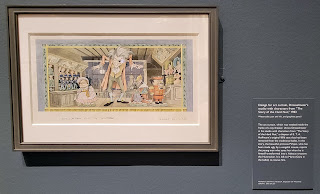 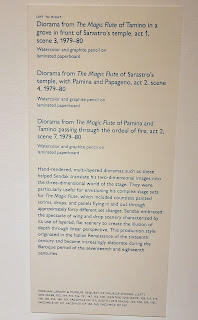 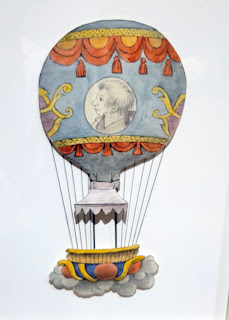 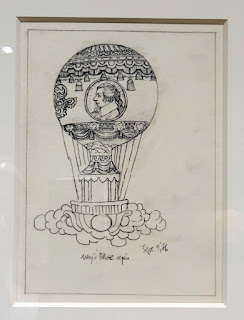 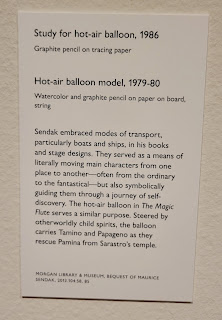 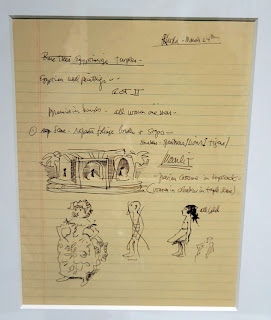 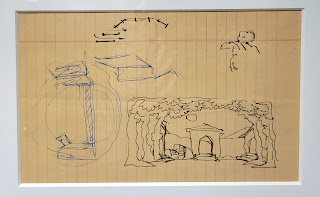 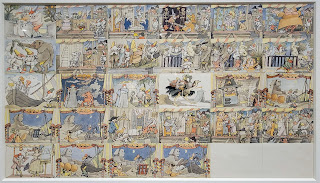 Lin and Dale check out the Sendak book display!
Posted by MuleyTheMule.com at 1:00 PM No comments: