I wrote a letter to Robert Johnson's stepsister, Ms. Anderson, who, at this writing, is 96 years old and is author of the great book Brother Robert.  In that letter, I added a bunch of photos that circulate on the internet to get her opinion of them.

Are these photos Robert Johnson?  She stated, "There's only three known photos of Brother Robert left: the Hooks Brothers portrait, the photo booth portrait with the cigarette, and the photo I have which is on the cover of my book." 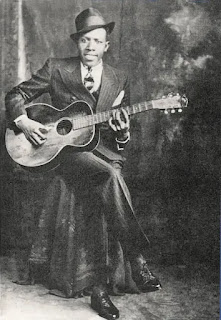 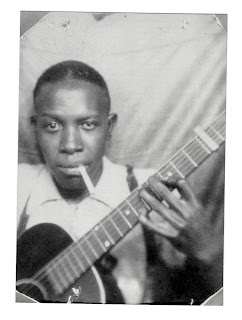 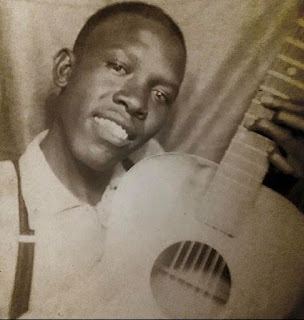 Photos shared are not copyrighted by me and you can look all that up on the internet.

There was one man who met with Robert's sister, Carrie, and took with him for a biography that never was written a photo of Robert Johnson with his nephew who was wearing a sailor uniform, it has since disappeared.  There may be a 5th photo according to one account; but, I don't have those details yet.

Robert Johnson has been claimed to be in the following photos and video screen captures; but, they are not him.  Either blues contemporaries have said it is not him, or bluesologists, people who claim to have known him.  Most importantly, his own sister has said, "These are definitely not him." 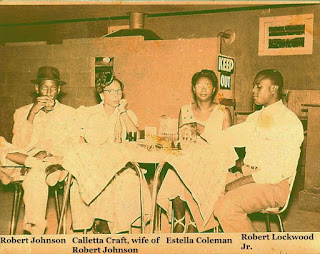 Nope.  Not Robert Johnson or the others listed. 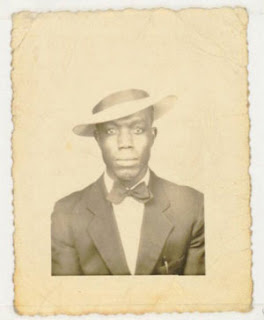 Robert Johnson would have been about 5'10" tall by some accounts. 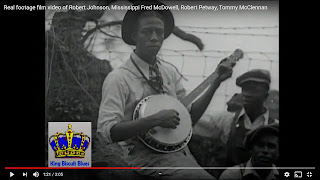 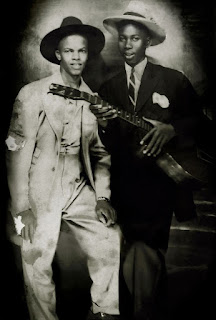 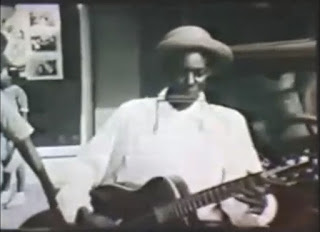 This guy is not Robert Johnson - the poster in the rear is from a movie in 1941, years after Johnson's death.  Plus, this guy isn't as sharp a dresser as Johnson would have been in public.
Once I have more information about some of these photos, I'll share that here.

Posted by MuleyTheMule.com at 8:11 AM No comments: