While watching the ROKU screen saver, I began noticing some things throughout beginning with Ghostbusters Headquarters!  The firehouse has been used in several films.  I wonder what else I can see?  Some of these are easy, some are not.  What do you think?  Anything to add?

Also, I didn't want to promote other shows on my blog, so I replaced some advertisements with The Muley and Friends Show logos and images.  Isn't selfish promotion great?

Ghostbusters Firehouse (swaps places with a building with sidewalk cafe, top window a leg?)
Factory?  Is that Oscar the Grouch in front?  What are the shadow creatures?
Diner?
Courthouse from Back to the Future /w Tardis in front.
Barber Shop referencing Barbershop(?), top right window a reference to Hitchcock's "Rear Window?"
Building with Singing in the Rain, but A Christmas Story Leg Lamp in top left window.
The Majestic Theater (also reminds me of The Muppet Theater, Gremlins, ?)
Building that looks like a club?
Mansion?  someone said the Psycho House - it is not. 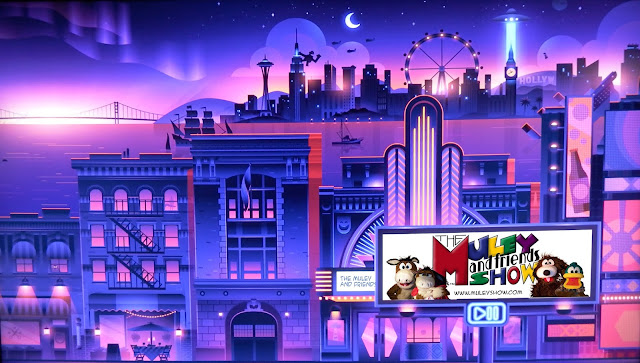 Pirates of the Caribbean (with Cracken Tentacles)
Jaws
Titanic
Castaway w/ Wilson the Soccer ball.
Submarine: Red October or 20,000 Leagues under the sea?
Escape from Acatraz 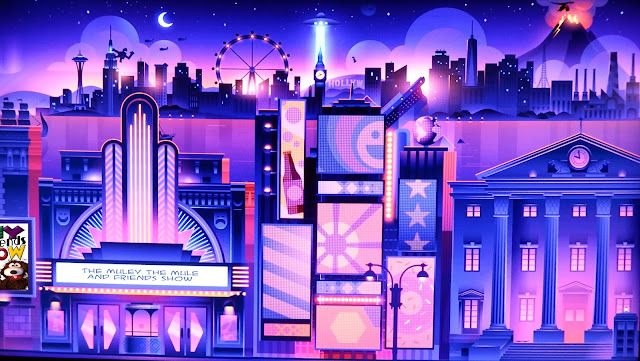 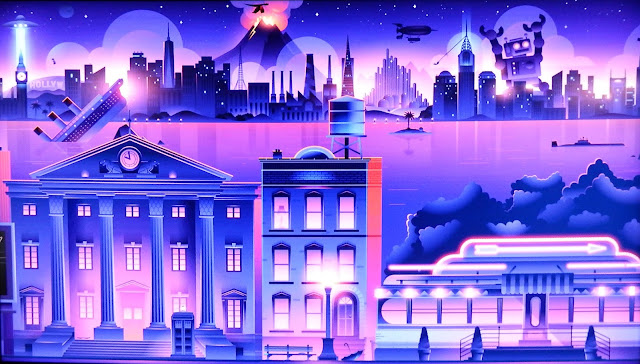 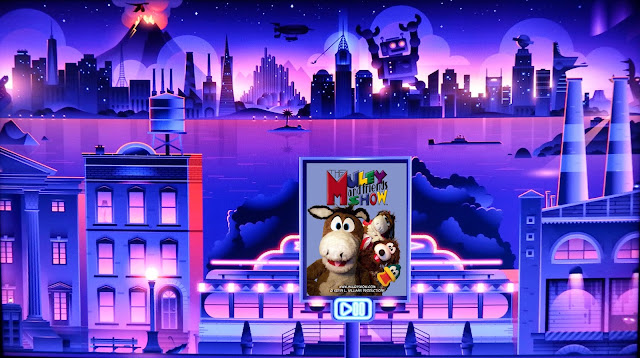 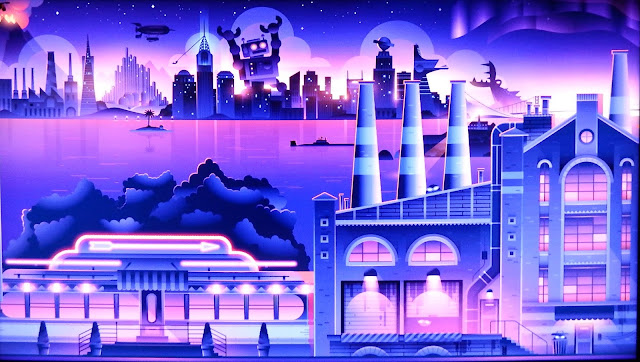 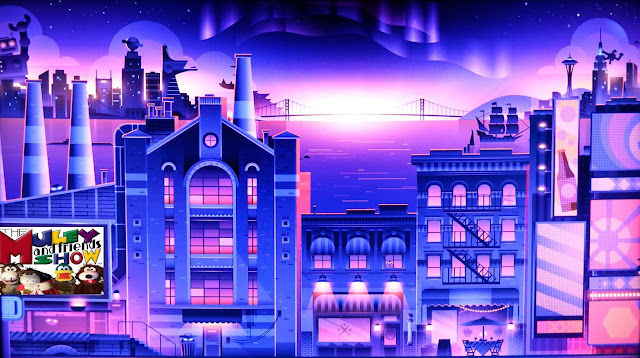 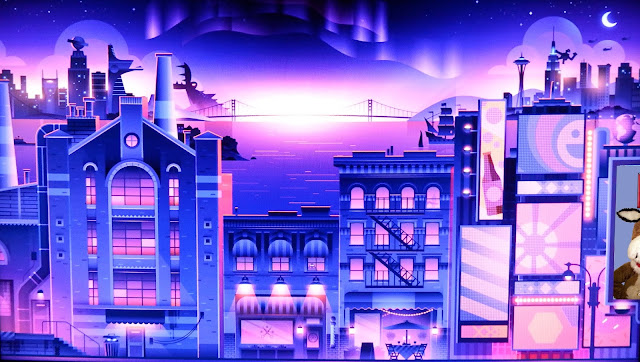 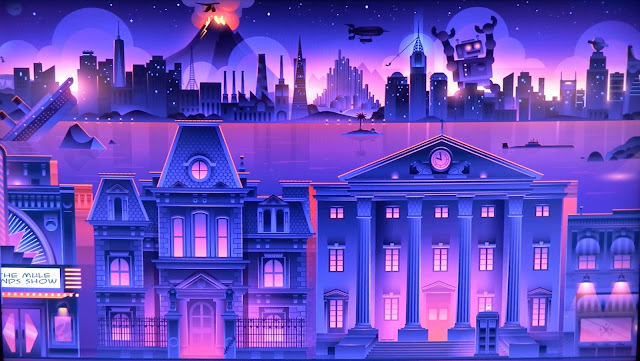 Posted by MuleyTheMule.com at 10:12 AM No comments: