Having recently learned that Annye Anderson, 94-year-old sister of Robert Johnson, wrote a book about her "Brother Robert," I immediately jumped at the chance to purchase it.  It's available at Novel Book Store in Memphis, TN, as of this writing.  CLICK HERE to buy from them. 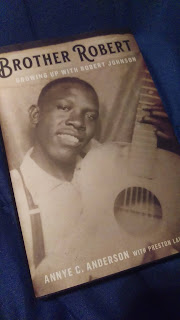 It was fun to realize she had the only fully-acknowledged third photo of Robert, which was taken as an alternate shot in a photo booth when this famous photo was taken: 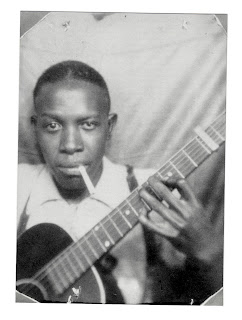 The night before my 7/18 venture to the Mississippi Delta, my friend Lisa was at the house and I was thumbing through the book to see what photos were included, and I happened upon a postcard written to his sister Carrie Harris, and an address: 720 Hernando Street!  We decided:  FIELD TRIP! 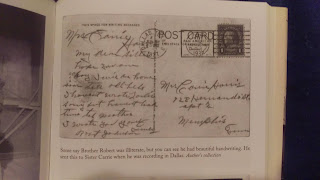 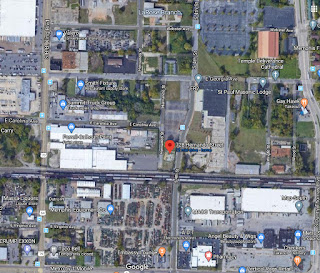 We made our way out to the location to see the site of the address on the card only to find an empty lot. 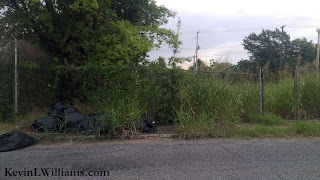 It was after I got home, thumbed through the book, I realized there were two other houses around the corner where Robert Johnson and his sisters lived.  728 Hernando Street was the third house they lived in while in Memphis (the train bridge nearby is where Robert caught the train to travel).   The other houses were listed in the book, too: 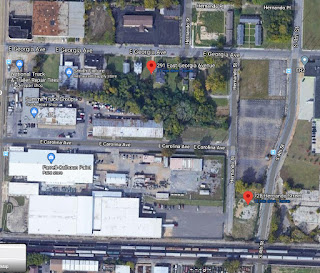 Which 291 E Georgia is just an empty lot now.  One other property she mentioned having moved to next is 285 E Georgia Ave , then they moved to the 'rear house' which is pointed out by the red arrow below. 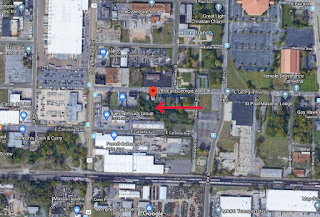 With a close-up view of the property here: 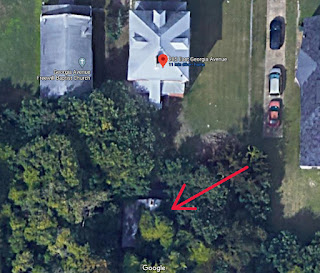 So, I haven't made my way to this property - YET! - but, I hope to.  There are black and white photos in the book "Brother Robert" mentioned above; but, I'd like to get out there and take some color photos and just say 'I've been there.'
My true desire?  Wouldn't it be great to turn that house into a museum and to try and reconstruct the old place out back with a hired man to sit on the porch and play the blues as Johnson?  Do I know any investors??   I'd be dangerous if I could afford my genius!  :D 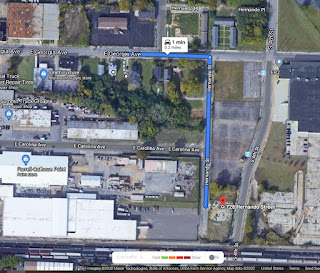 Hope this was fun for you.

Posted by MuleyTheMule.com at 6:57 PM