So, my phone rang and my best pal Martheus Wade was on the phone.  He was telling me about our friend Ladell Beamon, creator and leader of the Heal the Hood Foundation of Memphis, and that he wanted to have a youth summit for the community.  Why? 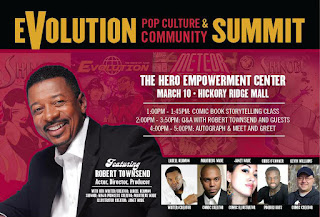 It appears that the local school system is using the photo and name of a Memphis City Schools graduate whose music is less than inspirational - at least positively inspirational.  His music encourages drug and alcohol use, demeaning words about beating women, and discouraging words to rise up against the police (never good to do that).

See, Ladell has worked for many years to be a positive influence on the youth of Memphis.  He's worked hard to let them know that someone cares.  And with music like that - an individual who is earning tons of money by singing about death and destruction - the youth NEED a positive, moral balance, someone influential to look up to.

Ladell and Martheus have worked together for years telling the story of Evolution to create a new superhero universe by which the kids could learn morals and ethics, thing like respect and caring.  Also through movies, music, and concerts. Martheus and his wife (my other best friend) Janet (with whom I've enjoyed working on Jetta: Tales of the Toshigawa and Shinobi: Ninja Princess as well as them performing Buford the Dog and Missy Mule to my Muley) were going to be on a panel at the summit and asked would I join them.  Resoundingly, I replied yes!  I love working with them, and I love what Ladell is doing.  Absolutely yes.

But, what is Heal the Hood?  Well, you can find Heal the Hood Foundation of Memphis on Facebook
where you can learn that  "The Heal The Hood Foundation of Memphis’ purpose is to implement and find creative methods to provide educational, cultural, and social economic and community change in the city of Memphis and surrounding areas that are heavily populated by youth crime, violence and other social deviant patterns of behaviors through multi-media science."  No small task by any means.

Finally, I learned that actor/writer/director/comedian/eveyrthingintheworld Robert Townsend would be in attendance, along with filmmaker Chris O'Conner.  Now, I wouldn't just be on panel at Heal the Hood Foundation, but I get be on it with best friends, old friends, and new friends.

The day started with an hour and a half of Martheus Wade teaching comic book art to the kids. 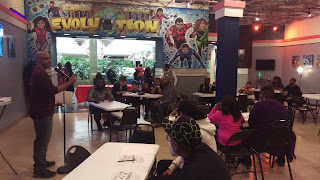 Now, while I had Muley, Missy, and Buford at the panel discussions, I never brought them out.  The discussions were so important that I didn't want to distract from them.  And why?

We were discussing how the kids could be better than expected, and how parents should support them. 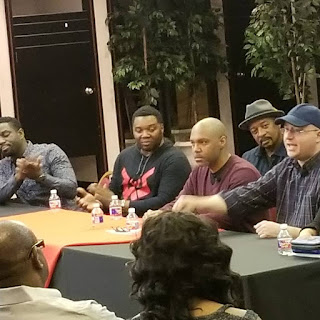 In my own discussion, I told them: you're all special.  You're special and have abilities you might not even know about yet.  The world is going to try to put stereotypes on you, and you do NOT have to live the life that folks expect of you - you create your own story, and you live by that story, and you write your own ending.  Parents, you need to support your kids when they do something good and positive.  Back them and support that movement of goodness and creativity.  You never know who they'll inspire. 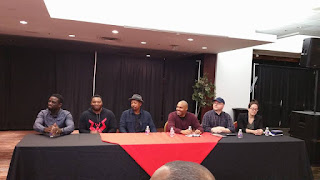 I hope soon to edit this with the keen, brilliant, inspirational words of my dear friends who were on the panel.  In the meantime, I'd love to share what Robert Townsend shared: 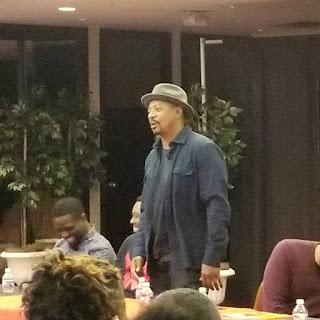 "We were awaken in the early hours of the morning to climb the last portion of the mountain, and we began climbing in the darkness.  Up and up, through fog and mist, and only our faith to guide us.  Eventually, we reached the top of the mountain and I stood there and looked out onto the world and all its beauty.

"My story exists to let you know: you might have to go through some deep muck to get where you're going.  But, keep your faith strong and you will eventually find yourself in that beautiful place meant for you." 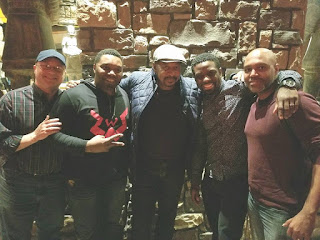 Inspiration.  Dedication.  It's something we all need.  I hope that, just as my friends have inspired me, that I can inspire them.  I hope the work we did that day will inspire many kids to look past what society expects of them and to be more than that.  Stand up for themselves, stay out of gangs, and not let the negative stereotypes found in music or social groups define them.  That they are inspired to create positive words, art, music...to creatively express themselves for their friends, family, and one another. 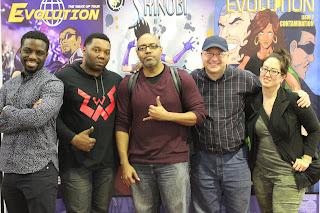 After the summit, there was a bit of time for some meet and greets! 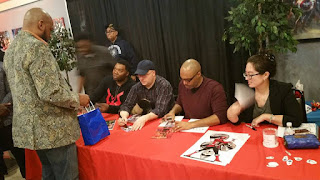 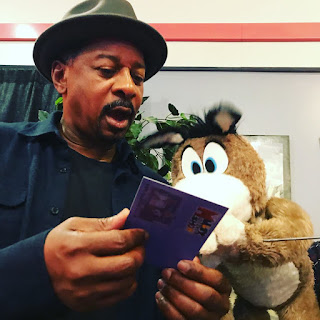 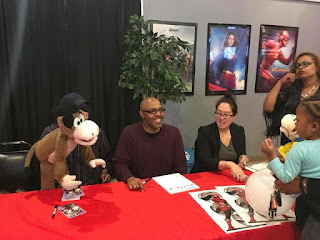 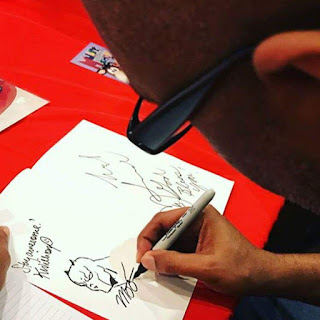 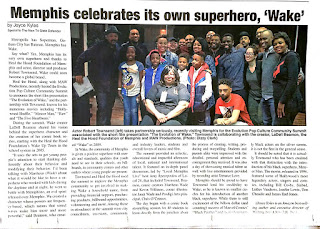 Posted by MuleyTheMule.com at 8:53 PM No comments: