Back in December, I created a comic strip to focus a little on an emotion I had after the loss of one of my heroes, but I chose to not show it yet.  It took a while for me to want to share this with the public - also because it gives an opportunity to bring some attention to:

Loss.  It happens, and nobody is immune to it.  Remember the old saying is that "nothing is certain but death and taxes."

Everyone responds to it differently, whether it's the initial shock of the news, or being hateful as a defensive mechanism to the loss, or showing emotion or being a stoic man because that's the social expectation for men.

And then:  What about the kids?

Kids respond to death differently.  This article says it best that kids think death is a temporary situation and that it can be reversed.  There's important psychology behind what happens with kids after a family loss.  Prepare in advance of it ever happening in the future by doing some research now to better help the children through the process.

Let's digress.  One such character had to deal with loss in a very important episode of Sesame Street after the passing of Will Lee, better known as Mr. Hooper.  It was a loss we all felt back in the day when it happened.


Now, with the loss of Caroll Spinney, we all feel the loss again.

Posted by MuleyTheMule.com at 8:12 PM No comments:

Get past your fears of those who do no harm to you or to others.  Do not hate those who wish to do better for everyone as a whole, not just the few.  Protect one another, protect the environment, protect the animals... 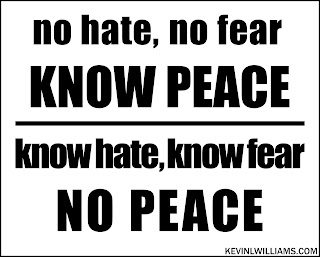 Posted by MuleyTheMule.com at 1:23 PM No comments: