The Burns and Allen Show, presented by Carnation

When I was a kid, the first experience that I can think of knowing about George Burns was on The Muppet Show in 1977 (I was 5 years old). 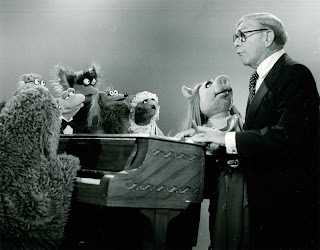 Then, I saw him in "Oh, God!" among other programs and fast learned who George Burns was - leading me to learn more about his wife Gracie Allen and their shows.  The first thing I ever saw with the two of them in it, though, was "Burns and Allen at the Antique Store."  I remember laughing so hard I was screaming!

Eventually, I learned more about Burns and Allen, got ahold of some audio cassettes of radio shows, and with the onset of cable television, I was able to begin watching some really great old television shows including The George Burns and Gracie Allen Show.  Eventually, I found a TON of their shows on the YouTube channel Jefronty - I suggest subscribing!

While watching one of the episodes, there was a big push for a cookbook from their sponsor, Carnation Milk.

This episode is the first ever mention of the book, but I didn't see this first, it's the next video that I saw first.

When I saw this, I decided to contact Carnation Milk to see if any of these cookbooks still existed.  Since they were good and snobby and didn't want to reply, I searched online where I found a copy - SIGNED BY GRACIE ALLEN!!  Boy, was I excited.  I bought that book, plus another that I could play with and read. 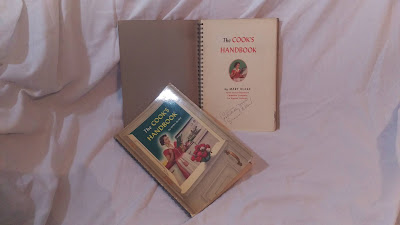 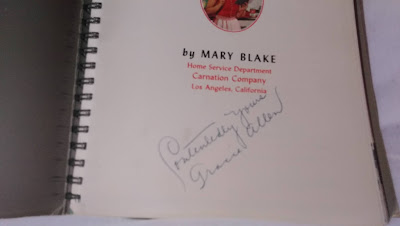 And of course, this is important to me because I do have George Burns' autograph from when I was a little kid in the 80s!  So, more or less, I feel that I have reconnected the act of Burns and Allen! 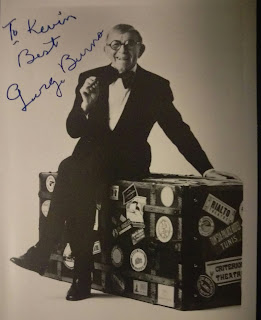 But, wait until you see what I found and have in my collection based on another of their episodes!  Coming soon in the next few weeks!!

The book has also been featured on this episode.

Posted by MuleyTheMule.com at 9:07 PM